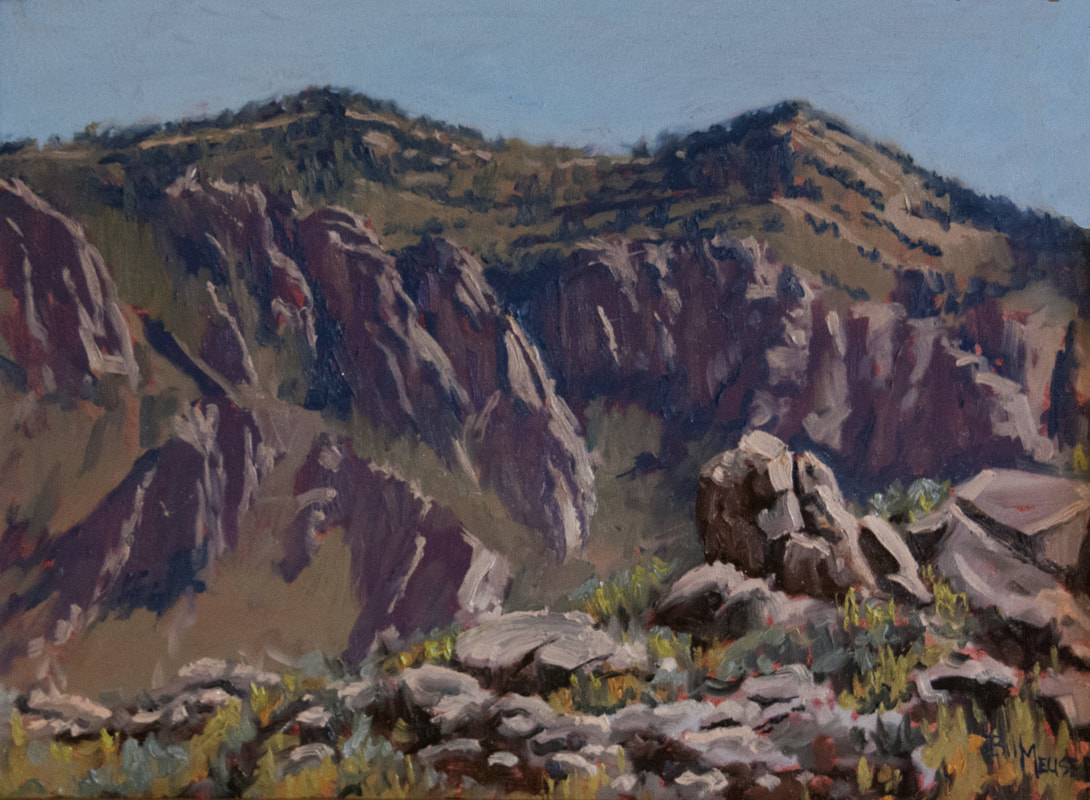 Bill was born in 1960 and has been making art his whole life. He Graduated Cum Laude from Ohio University in 1984 with a degree in painting, drawing, and sculpture. There he won first place in sculpture, in the undergraduate art show. After college Bill worked as an apprentice for Sculptor, David Hostettler. Bill then spent many years carving a series of wood sculptures, many of which can be seen on his Web site; www.billmeuser.com. He won the Ohio Arts and Crafts Merit Award in 1987 at the Ohio State Fair. He was accepted in the “American Works in Wood” show 1987 and 1989. In the fall of 1989 his sculpture was published in “Wood Work Magazine”.  He was also a featured artist for his sculpture, in several different galleries throughout the 1990s. Over the years Bill has kept his love of creating alive, finding time where he can to draw, paint, or carve.  In recent years his love for painting has really taken off, mainly “En Plein air”. He won the Award of Excellence in the 2013 Colorado Plein Air Arts festival, Best of show in Boulder County’s 2014 “Out Door Creations”, and in 2015, he won 1st Place Associates and Artist’s Choice in “Plein Air Artists Colorado” 19th National Juried Exhibition and Sale. And finally on July 1, 2016 Bill won first Place Artist’s Choice at “Telluride Plein Air”.
Proudly powered by Weebly
Your one-stop shop for gifts and interior decorations! We are open late because we know hard working people need to shop too! Come down and support your local artists and small businesses in Denver! Come down to Old South Pearl Street in Denver, Colorado! Have some sushi at Sushi Den Denver, or awesome drinks and chicken mole at Suerte, fine Italian fare at Palizo, or farm to table pizza at Chaos pizza. Grab a coffee at Stella's, steam, or Nixon's. A baked delight at Tokyo Bakery or an ice cream at Sweet Cow. The best breakfast in town at Lucille's off of Evens and Ogden or brunch at Bird on S. Pearl. A gluten-free arepas at Quiero Arepas, best gluten-free food in town, a famous burger at Park Burger, have a beer at Platte Park Brewery and then grab a small batch liqueur from Pearl Street Wine and Liqueur across the street! And the next day you feel like you need a slice of Sexy Pizza! Whatever you end up doing come down shop our Boutiques and this awesome local art gallery and gift shop!